This course will be run in line with any government guidelines at the time. If national or local lockdowns mean we are unable to run the course in-person then it will be transferred to be run online and the structure will stay the same.

Under the tuition of our award-winning filmmakers, students on the Four Day Film School embark on a whistle-stop tour of film’s origins and history: they learn screen acting, writing, editing, camerawork and even fight choreography – before they get out there and do it for themselves. Everyone has a chance to develop his or her own role and no one escapes without saying “ACTION!”

Finally, after four action-packed days, the cast and crew will have completed their movies. Students receive copies of their films to keep forever – a timeless record of their first steps into the world of cinema.

The completed films will receive a premiere screening for cast and crew at the prestigious British Film Institute (BFI) Southbank in August 2022! 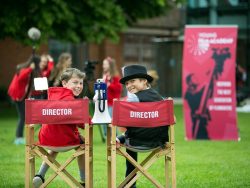 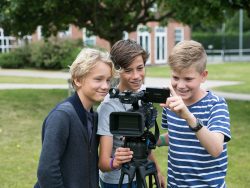 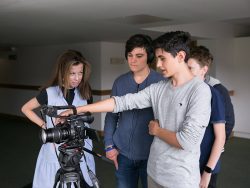 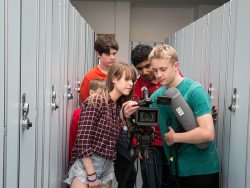 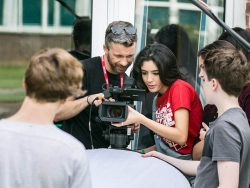 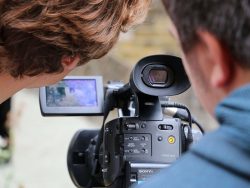 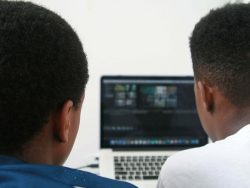 Young Film Academy provided my sons with an excellent week of education and fun. Their short film really surprised us all with its excellent artistic and technical merit – their imaginations have been sparked. Thank you and thank you!

Jake said it was he best course he has ever done and he is very picky and critical about what he does and doesn’t like. He loved every day!

Young Film Academy courses are excellent for young people. They get a taste of the craft of filmmaking, in all departments and I was astonished by the speed at which they learned.

Jim Clark
Editor, The Killing Fields, Memphis Bell, The World is Not Enough

Milo had a wonderful time and declared the Four-Day Film School ‘awesome’. He really enjoyed every aspect of it from scripting and storyboarding, to performing and editing. The tutors were excellent and the totally hands-on have-a go-approach was not only fun but very effective

I have to tell you that Serena had the BEST time at the course.  She was so enthused by it all, and really loved the people and the entire experience. PLEASE let us know when your next London based film camps/courses are!

To request a booking, please fill in the form below.

See dates for all our upcoming courses here: