The concept is blissfully simple: which kid hasnʼt dreamed of being James Bond, or Alice in Wonderland? Which young moviegoer hasnʼt pictured themselves swashbuckling their way to the treasure? Why not save Hogwarts, be a Ninja Assassin or Special Forces Commando – or solve the unsolvable murder in the library? What more exciting or memorable way could there be to celebrate a birthday, than starring in your own film with all your friends? 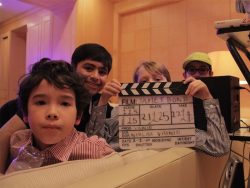 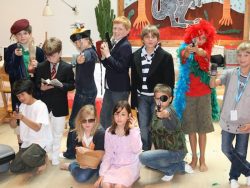 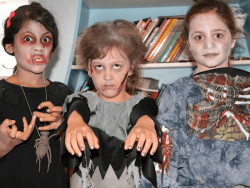 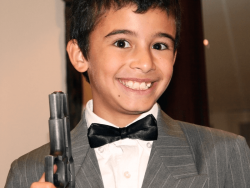 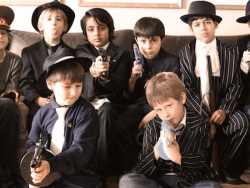 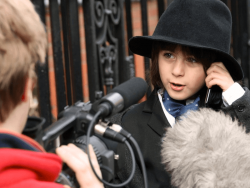 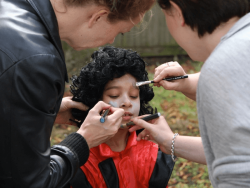 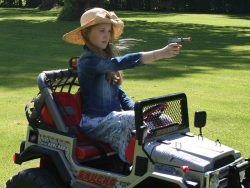 Please note: you can request your own theme at additional cost.

The best birthday party our 10 year old son has ever had! Brilliantly organised, beautifully run, incredibly exciting, wonderfully instructive and immaculately put together. The MovieStar Party team really know how to make films and inspire children. An amazing day!

Word has gone around at Catherine’s school just how BRILLIANT the film was and they ALL want to see it including both pupils and teachers. There will be another Grand Premier after the easter break. Once again WELL DONE you guys for making it a very special occasion!

I always wanted to be in a movie and never thought that would ever happen to me! Thank you for making my dream come true!

A huge thank you for Saturday’s MovieStar Party… I have never had so many texts saying the children thought it was the best party they had ever been to!!!!  You were amazing and the end result was just fantastic!!! Many thanks once again for making Matteo’s party, one of a kind.  We watched it through again and the behind the scenes and photos are all so wonderful… not sure about my performance but there you go!!

Thank you so much for creating another wonderful MovieStar Party for my son. A sequel that lives up to the success of the original is always going to be a challenge but those who took part in ‘Murder in Barlby Road’ thought that ‘The Godfather’ was even better, and those who were given their first experience of Young Film Academy thought that the finished product was far better than they could have imagined! And they were stage school kids! Bertie is already thinking about the film he would like to make for his 13th birthday!

Sarah’s MovieStar Party on Sunday was AMAZING!!! Everyone had such a great time! Ed and Stefan made it so much fun, with all the energy they put in!  The girls thought they were great!!!! We were so impressed with the quality of the production! How on earth did they manage something so amazing in such a short amount of time—and with only the indoors of our house–since it rained like crazy on the day!  I think we have 13 new film stars in the making–as they now all want to audition in the next school play! What encouragement for all blossoming “Drama Queens”!!! Please let me know if I can be a reference for your organisation! It was the best 11th birthday party ever!!!

Youmna’s 9th birthday celebration was a very special one indeed! The Young Film Academy crew were unbelievably imaginative, patient and efficient! They managed to write the script, film and edit, all in less than a day! The end result was spectacular, the girls had a lot of fun and we are still watching the film every night! I would highly recommend YFA’s MovieStar Party for any parents. Thank you again and again.

I just wanted to say thank you so much for such a fantastic party. Please pass on my thanks to Ed and Keidrych, they were fantastic and had so much patience. My son Henry was over the moon and his friends all had a great time.

I can without hesitation say that our MovieStar Party was the best birthday party my daughter has ever had!

To request a booking, please fill in the form below.

For details of our Bar & Bat Mitzvah ‘star in your own movie’ packages for families, see our sister company Genie Film