Having kids isn’t cheap, we all know that. There are literally hundreds of new costs for parents to consider. But there’s one cost that’s on the rise perhaps more than any other: the cost of hosting a really great kids birthday party.

With the average cost of a party now reaching above £500, does this mean it’s time for parents to panic? Not at all. There is always the option of a game of football or watching a movie, with a cake. Kids will love that too.

But often parents are looking for a new or unique party idea, something the kids will talk about for the whole of their year ahead. And that leads them to increasingly expensive solutions. But it doesn’t have to be bank-breaking to be extraordinary.

Young Film Academy (YFA) have been offering great value film making kids birthday party ideas to parents in London for over a decade. “I choose a Young Film Academy Popstar Party for our daughter and it couldn’t have been better”, says Melissa, mum to nine year old girl Josie. “Young Film Academy sent a professional filmmaker to our house, with a lovely party assistant to help the girls get their dance moves going and in 3.5 hours they made a completely professional music video! The party ended with us watching the girls’ pop promo on our TV and everyone left the party buzzing – the kids felt like real popstars. They’ve now shared the video with all their friends at school, and everyone’s talking about their party with Young Film Academy. It’s given us weeks of joy – and incredible value.”

“The fact that all Young Film Academy kids parties end with a finished film which everyone can keep as a record, just adds to their value” says YFA director James Walker. “Our Young Film Academy Parties represent great value for money when you take into account that the kids will always be working with professional filmmakers. One of our tutors has just filmed on location as a Stormtrooper in the latest Star Wars movie. When he told that to the kids he was working with on their MovieMakers Party, they went nuts!” 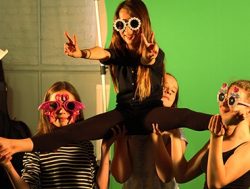 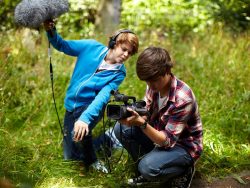 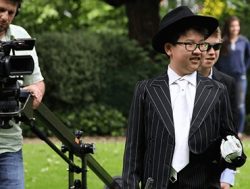