At Young Film Academy, we design and deliver projects for some of the UKʼs largest institutions, right through to groups of kids who just want to have fun making movies at home. So if you’re aged 6-19 and you want to get involved in filmmaking – whether itʼs for a day, a week or a year, get in touch today on 0207 3874341 or click the big red button to get started!

Filmmaking involves multiple trials to get a perfect scene right. Collaboration is key in filmmaking. Young filmmakers can build creative skills and courage through making films. Kids can be introduced to filmmaking from an early age, by watching great movies together, sending them to a film camp or academy, getting good cameras for videoing or filming and making decisions about different amazing movies. Kids can get to discover their talents when sent to a summer camp. Before this age, there were no gadgets that made filming as easy as it is now. With multiple equipment, kids can easily create different short movies within a day.

The Young Film Academy is a great place to get your kids involved in film making. The YFA offers courses, events and workshops for kids and young children of 8 – 19 years. Through the outstanding performance of our academy, your kids can enroll in our filmmaking courses. Our courses run for a year, week or a day. You are at liberty to choose anyone that best suits your kid. When enrolled at YFA, kids are supervised and guided through their practical classes and lessons in video making to make short relevant movies with interesting story lines. Students work actively together planning, communicating and solving problems. With our prospectus film making class, students get to showcase their talents, provide well edited movies, including some behind the scene activities. It is beautiful to watch these young ones work collaboratively together creating great sound and adding effects to their movies. The rough cut workshop section, is handled by film professionals and is basically for 25 students per school. The YFA has a lot of information to help you understand more about filmmaking for kids.

Importance of Filmmaking for Kids

Filmmaking can be new and fun for kids and so many skills are acquired in the process. It involves the collective effort of different aspects of filmmaking. Here are some benefits.

Every person learns to make choices at different points in life. Making a choice is a very tasking aspect of filmmaking. Film makers have a lot of decisions to make when making a film and writing their story plot. They have to discern between images to decide the perfect one that would communicate and pass their message to their audience. This helps young children to develop a habit of making the right choice even in difficult situations.

Filmmaking for kids helps them to think far and wide and not based on what is at hand alone. They learn to have varying perspectives about their storylines and get the best fit for their film.

Most writers paint clear pictures of their story for easy understanding and comprehension by their viewers. As filmmakers, the kids will learn to convert their ideas into stories written with visual images. They can achieve this through their writing and thinking skills. A good story will always make a good film, and so children who are opportune to learn about film making from an early age, develop very strong story writing skills.

Filmmaking for kids makes children learn to pay so much attention to details. This is because when creating a video, attention must be given to every detail, so that the video comes out excellently and an award winning film can be created. This can also be applied to their daily lives.

Steps to Get Started in Filmmaking

Filmmaking is overwhelming and exciting all at the same time. It involves writing scripts, editing, lighting, filming, cameras, characters and so on.

To make an excellent video, your kids will need some equipment that make their work easy. You can easily order some equipment for your kids use in filmmaking. Get equipment like a digital camera, mic, lens, tripod, tablet or a smartphone, filmmaking case and many more.

Kids have many friends and they can easily call them to be actors to make a short film. This would be great fun for kids and their friends, especially those who love the camera and will love to become star actors. A story containing script can be provided for them, to help them cast the different parts and begin the shoot. They can also play different roles including that of director, editor, scriptwriter, videographer and many more.

This is an important aspect of creating a film, if gotten wrong, it will result in poor film creation. the screen play should follow through logically and in an acceptable way for cinematic productions. Having the proper understanding of screenplay, from establishment of the premise, to knowing the characters and outlining the plot, proper screenplay planning will always aid in producing the best film. Kids use a storyboard display to ease the screenplay planning and allow each person follow through easily.

During filmmaking, kids learn to repeat the filming of each scene multiple number of times from varying angles. This ensures that multiple films are produced for the movie rather than limited films and the most accurate scene is chosen easily during the editing process. This way, you can be sure that the right shoot is available for each scene of the movie.

This creates an open opportunity to see characters in play and create emphasis on them as audiences watch. Children can easily edit using an editing software used on various digital devices like computer, smartphones, tablets and so on. Kids are professionals when using these gadgets and it will not be difficult to edit films. More than one edit is necessary to ensure improved the picture quality, sound effect, and the length of film required.

Kids get to learn that characters play important roles in films and try to help the audience see and understand the message being passed across. These characters can be in real human form or animated. It all depends on what motivates them. They may decide to use real people or create their own characters. The kid can also be the director, directing the entire cast and crew on how the film should go following the written script. Human characters will start by studying the script and understanding it back to back to produce one comprehensive video.

It involves writing down what should happen within a movie. Things like what each character would say, change in scenery, change in background music and so on. It is very important for children to put their ideas down to avoid lapses during filmmaking. The films can be short, simple and to the point. Kids then share the written script with every member of the crew so everyone has the right information and ideas about the film. Each person should have one copy of the script, to really ease communication and effective workflow.

A simple digital camera can be used to film and create a video that helps your child get started in this role. These gadgets are readily available and kids can easily find their way around their smart phones to create some amazing videos. They know how to use and maneuver cameras to create an excellent film. Kids know that cameras should be placed on a tripod during shooting to prevent them from shaking. The films are then uploaded and edited using a computer system.

Film creation projects need the perfect set and lighting to ensure the perfect shoot and take it to the the next level. A perfect lighting will really give you the perfect look. After a location has been chosen, be it a school, a home, or a cinema, the first factor the kid director need decide on is the set of each shoot. This is much closely followed by the issue of lighting. A well lighted set will give the film excellent quality and it will take it from a low quality to be a must see film for all their friends, both at home and in school. Time of shooting each day will also help to tell how well the lighting will be, so children can try to take advantage of light during the day while shooting and share relevant information on timing with the crew.

Children in the course of creating films, sometimes find that it is necessary to book a location for a particular shoot. Once a location is decided as perfect, the next thing is to find out how to book it and follow through. They are instructed on how to book the location, tell those concerned about the latest and share information needed with all involved and go all out to shoot.

Filmmaking for kids should be highly encouraged because it is a new and fun experience, and so much can be achieved by the children while learning it. It is one excellent opportunity for children to try being creative while learning . As a means to an end, it provides children with many learning opportunities and allows them develop new and old skills over time in a fun and interesting way. It also provides them the opportunity to be the first recruiters look out for. What are you waiting for? Enroll your child today and start reaping the benefits. 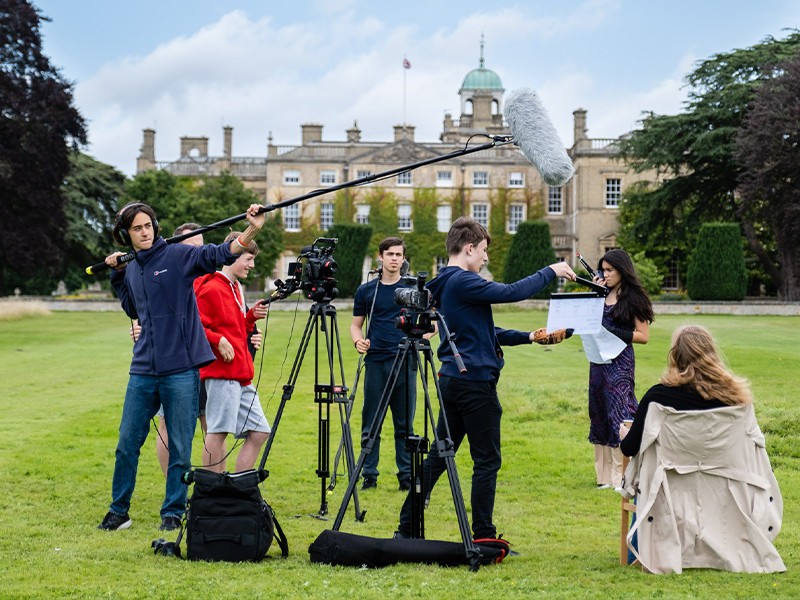 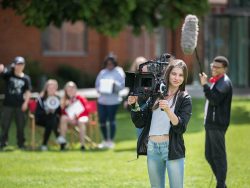 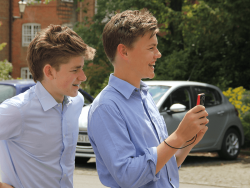 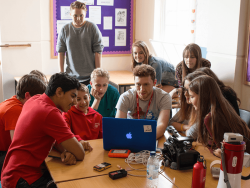 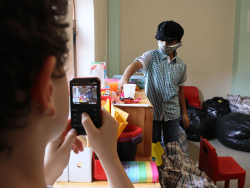 YFA excel themselves in producing moving, funny and interesting documentaries that appeal to a much wider audience than those who might ordinarily be interested in youth filmmaking.

Young Film Academy engaged incredibly well with our daughter and her friends who all had a brilliant time pretending to be popstars! They kept the kids’ focus and energy levels throughout and the pop promo came out really well too. We were thoroughly impressed by YFA’s positivity and professionalism.

Max and Jake loved the remote course! Max loved it and he learned so much. He is truly passionate about filmmaking and to be able to share what he’s learned so far, have his films professionally critiqued but also to develop his skills was just fantastic – even when it came to sorting critical IT issues 🙂

Thanks so very much to Dan and the team. The boys loved it.