For young people who love films, whether it’s creating them or acting in them, YFA’s Virtual Filmmaking and Screen Acting Summer Camp is a dream come true: a chance to immerse themselves in a practical film creation experience with other students from around the world. This live remote programme uses a unique creative format designed by Young Film Academy, enabling students to collaborate in making high-quality movies from home!

Click the link at the bottom of this page to download the full YFA Virtual Summer Camp Brochure, or watch video above to see the camp in action. 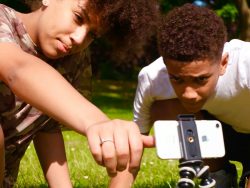 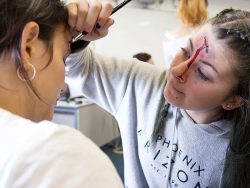 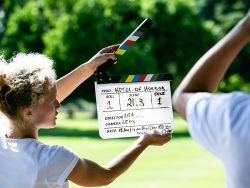 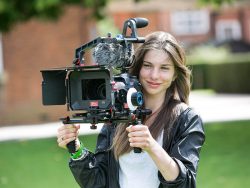 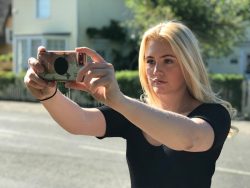 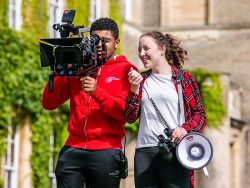 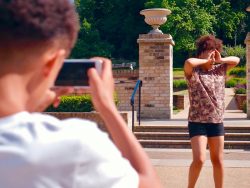 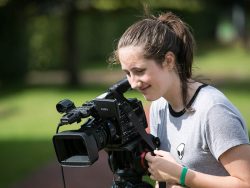 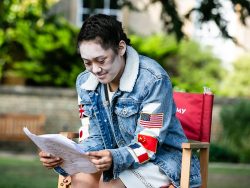 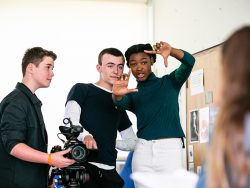 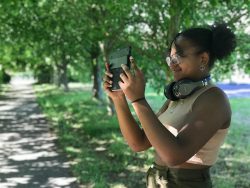 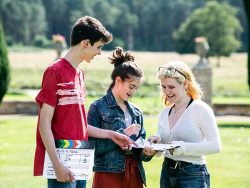 Under the guidance of our filmmaking professionals, the two crews collaborate in a unique creative format devised by Young Film Academy. Each Crew will develop specialised skills in their own disciplines though practical exercises, workshops and masterclasses with industry professionals. And because we passionately believe that the best way to learn to is get out there and DO it, the Filmmaking and Acting Crews will then combine in teams to work together for the production of the movies.

YFA Virtual Summer Camp culminates in an online Premiere of all the completed movies for friends and family. There’ll be an audience from all over the world, some Behind-the-Scenes special features telling the real story of how the movies got made, and we’re guessing some blooper-reels too…

All students receive digital copies of their films, to build their portfolios and showreels. 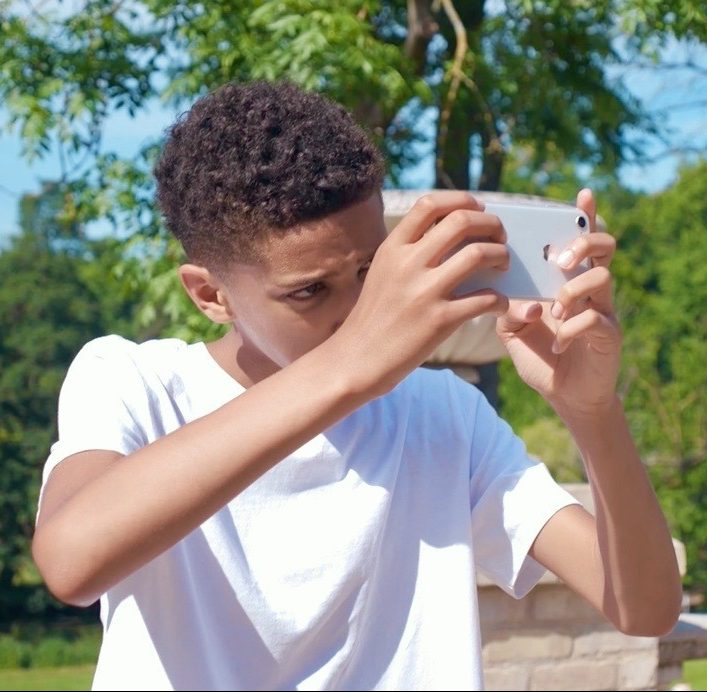 The Filmmaking Crew work in small teams in a real-world production environment. They cast their actors from the Acting Crew, and collaborate on scripts, shot-lists and storyboards to create relevant, compelling stories. Once their scripts have been handed over to the acting crews, filmmaking students will focus on creating their own short films, using their own equipment, developing new skills and experimenting with new techniques. Once the recorded footage has been delivered by the acting crews, each filmmaker hones their own edit of their team’s movie – comparing their creative choices with the others in their team. On the final day, the filmmaking teams review the different versions of their film with our tutors (a brilliant way to learn the art of film editing) and choose a version for screening that best represents their collective vision. 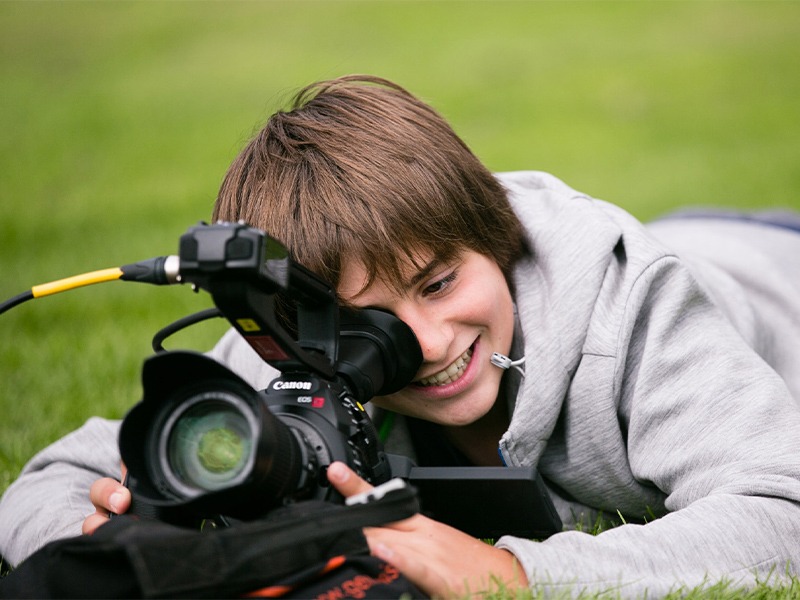 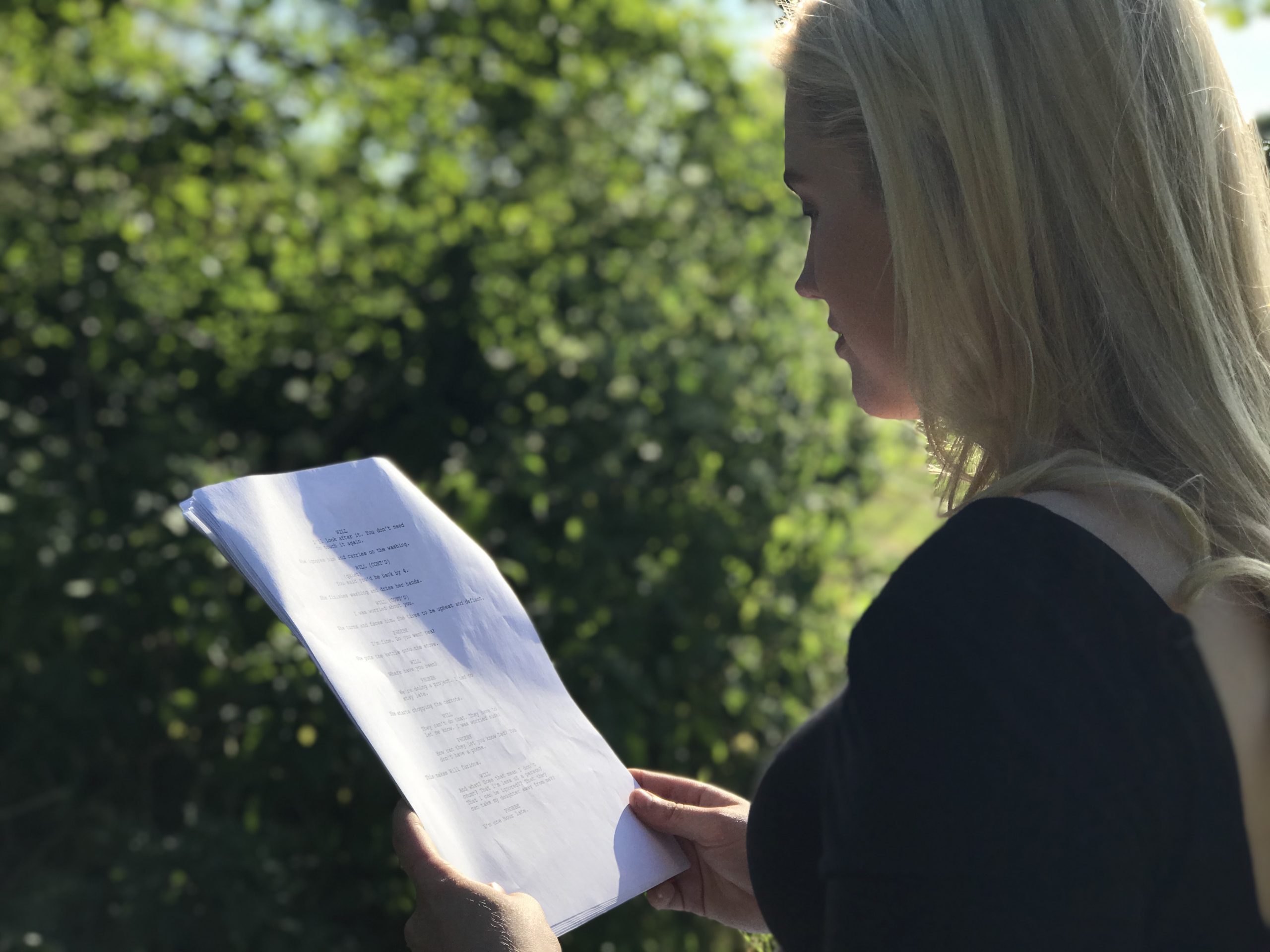 Students in the ACTING CREW develop the performance skills needed to act with impact on screen, before starring in the short films produced by the Filmmaking Crew. In a series of practical masterclasses with our professional coaches, the Acting Crew also learn cinematography – how to use their filming device creatively and effectively. For production days, the Acting Crew take their scripts and storyboards from the filmmakers and get shooting, putting into practice the performance skills they have honed. Once this footage has been delivered to the Filmmaking Crew, the screen actors continue to explore the relationships and worlds of their characters through improvisation, play and other actors’ preparation techniques.

JOIN US FROM ANYWHERE IN THE WORLD

This practical camp is the polar opposite of a sit-and-stare online programme! YFA’s unique creative format ensures that filmmaking and screen acting students are dynamically engaged throughout the camp. Much of the ‘ACTION!’ takes place away from a screen during practical activities, exercises and shooting for the movies. 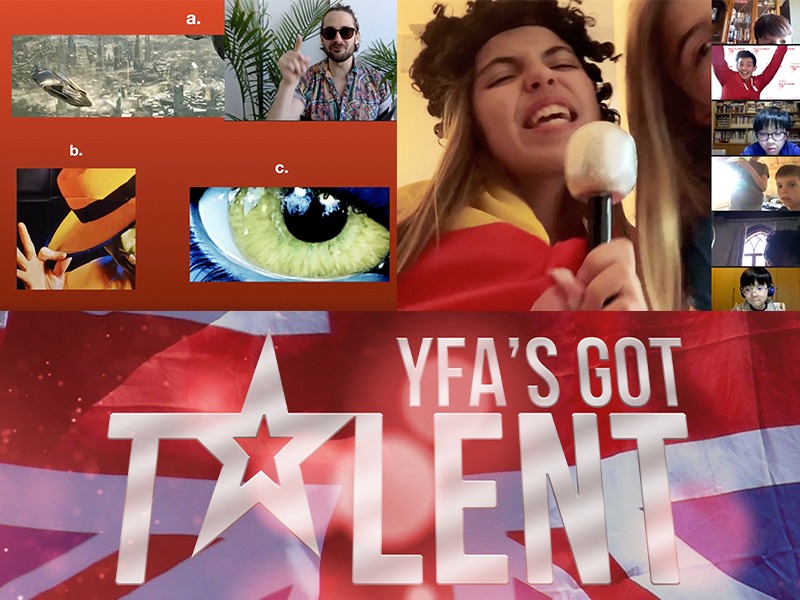 WHAT WE DO WHEN WE’RE NOT ON SET

Socialising and making new friends is central to YFA’s Virtual Summer Camp experience. So after full days of filmmaking or screen acting in teams, there are opportunities for students to relax and let their hair down. On two evenings, we’ll be running optional extra activities including quizzes, and there’s even a live online talent show each to celebrate the students wrapping their movies! 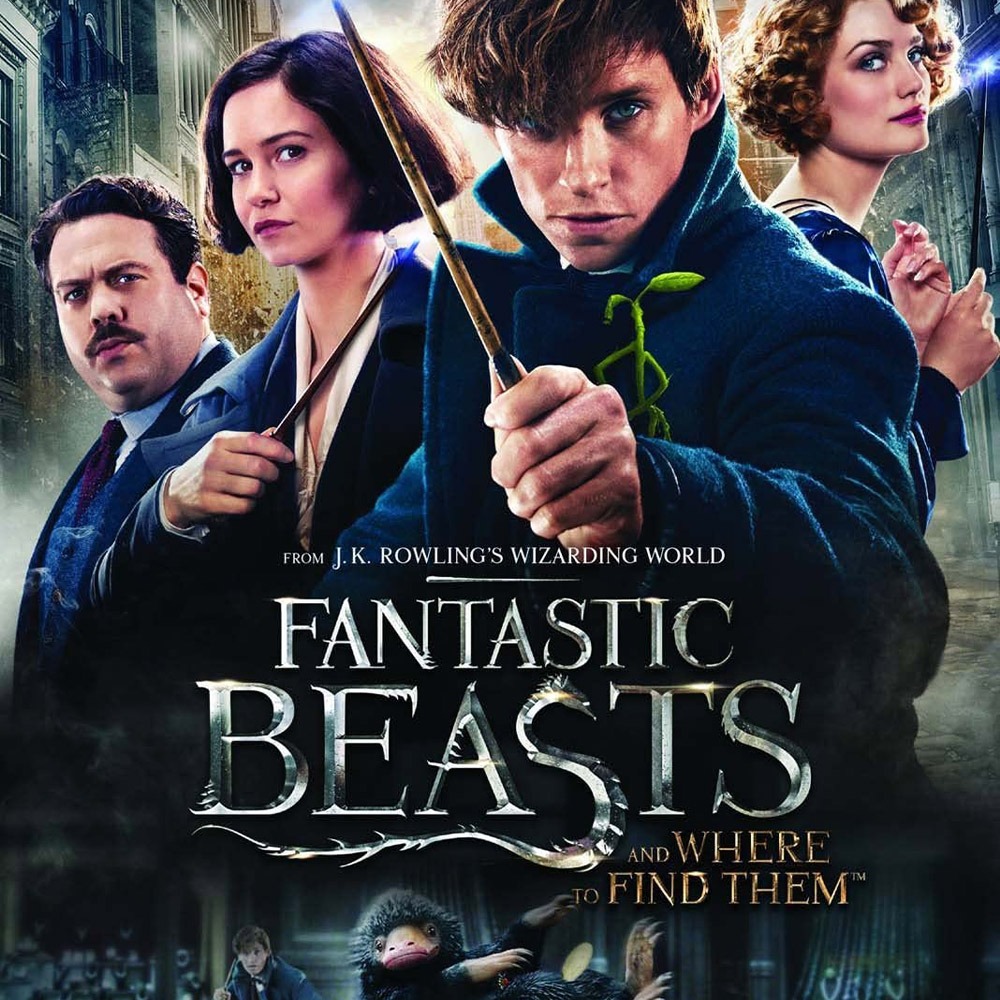 Max and Jake loved the remote course! Max loved it and he learned so much. He is truly passionate about filmmaking and to be able to share what he’s learned so far, have his films professionally critiqued but also to develop his skills was just fantastic – even when it came to sorting critical IT issues 🙂

Thanks so very much to Dan and the team. The boys loved it.

“I just wanted to say a great big “thank you” to all the staff who made the YFA Summer Camp happen. My son Jalaal said it was the best week of his life and he wants to go back next year. I see such a difference in his confidence, his self esteem, and his aspirations for the future. We will be back next year…for three weeks this time!
Thank you so much for everything!

Dear YFA team, Thank you so much for turning this difficult time into such a positive experience. I was so worried about what to do with the kids when their school closed and they were stuck at home, but over the last four days they’ve had an incredible time learning new skills and were really engaged with the whole filmmaking process.  Knowing that we could let them get on with it by themselves was a huge relief. The movie they produced was brilliantly creative (not sure about my cameo though…!) They’re determined to do a music video next, so we will be in touch very soon. Thanks again!

Dear YFA team, Thank you Young Film Academy for giving me the opportunity to work with so many people who are as passionate about creating films as I am. I can honestly say that the last two years of YFA summer camps combined have been the best four weeks of my life. You have helped me learn so much about myself and realise that creating films is what I love doing!

I just wanted to thank you both for a really fabulous party.  Charlotte had an amazing time and I know that all the other girls did too.  You really entertained them and they thoroughly enjoyed being stars for a day! Thank you again.

I wanted to express my sincere thanks for the superb week Kai had while attending his first YFA Summer Camp. He learned so many facets of acting, but best of all, I think he realised the passion he really does have for screen acting. He made lasting friendships and was able to take away so many skills he can now use for future castings.

Thank you all so much for an absolutely incredible week with Young Film Academy. Sam has come home totally inspired and extremely keen to return next year! He has talked about every aspect of the course in great detail and has said it was everything and more than he hoped it would be!

As an amateur actor, this was his first opportunity to really hone his screen acting skills and he simply loved it, emailing me mid-week saying “please sign me up for three weeks next summer”.

Bravo to the entire team for helping to make dreams come true! We will see you again next year.”

WHAT DO I NEED?

To join us on our Virtual Summer Camp all students will need:

In addition to this, students in the Filmmaking Crew will need: 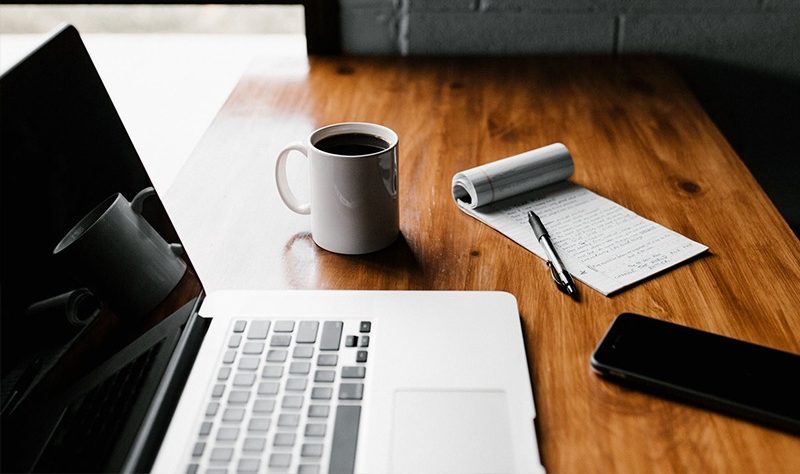 To book your place, please fill in the registration form below.  We will then send you an online booking form which includes our Terms & Conditions and payment instructions for the course fee.

Young Film Academy is accredited by the British Accreditation Council (BAC) for Independent Further and Higher Education as a short course provider. This is a mark of excellence, and allows YFA to issue Short Term Study Visa Letters. 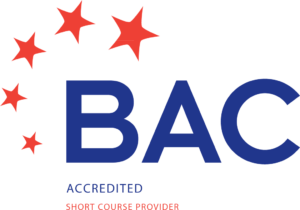 We are also excited to be running our incredibly popular Residential Summer Camp this year! Join us for 1 or 2 weeks from August 1st-15th.

Ask us a question or start your booking

See dates for all our courses here: